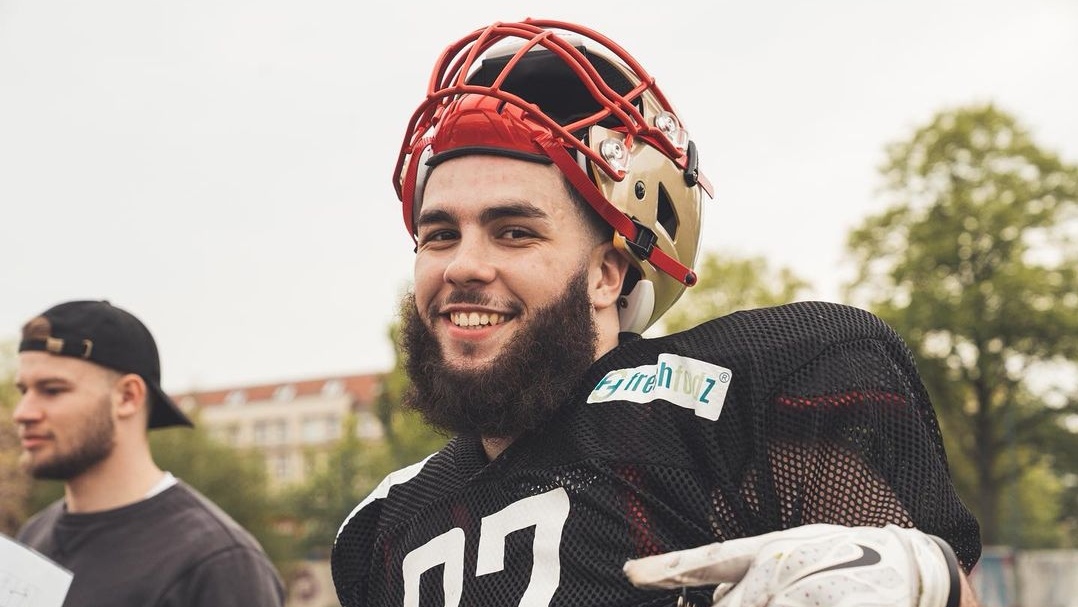 He was only able to wear the Berlin Thunder jersey for one game, and then the adventure was over. Linebacker Rayan Khefif was injured – in Week 2 he was on crutches on the sidelines. In a brief conversation after the game, he expressed confidence that he would soon be healthy again, but a day later he was cut. Berlin released the Frenchman. According to the franchise, he would have been out for too long and the E spot occupied by Khefif was considered too valuable to waste on an athlete not ready to play. After Khefif was back in France in the meantime and took his recovery, he is now ready to compete again. On Instagram, the 25-year-old already announced that he will be back on the field soon. But where? Foot Bowl looks at possible teams in the European League of Football.

Why not return to the German capital? After the release, both sides emphasized that the breakup was to be understood as a pure business move and did not leave any bad blood. The linebacker, who did mention that he considered his injury to be less serious than the doctors on site, also did not rule out a return to Berlin.

In Berlin’s favor is the fact that the franchise already knows Khefif well and he fits into the system. In the first game he showed how valuable he can be with ten tackles. However, Thunder has already reached the import limit, a release would be necessary. David Izinyon, who was signed as a replacement for Khefif at the time, would certainly be out of the question here. After all, the Briton has delivered so far. Macéo Beard was slightly injured in the game against Leipzig, but even if Beard were to miss the rest of the season, the Berliners would be more likely to look for a replacement in the same position.

Unlike Berlin, Rhein Fire still has an import spot available. The Düsseldorf franchise, unlike the Thunder, plays in a 3-4 front, but Khefif is comfortable as an inside linebacker anyway. Rhein Fire could definitely use another athlete in the linebacker unit. After losing Luis Fiedler to injury, the team currently has eight linebackers on the roster. Especially ILB Lukas Ruoss and edge rusher Martin Pinter stood out.

With Khefif, Rhein Fire could certainly have even more quality in the run defense. With the exception of the game against the Hamburg Sea Devils, the Düsseldorf team had been well prepared against the run, but they will face the Sea Devils around Glen Toonga and Simon Homadi again next weekend. One connection to the franchise could be athletic coach Christian Mohr, with whom Khefif already trained in 2019. In recent days, Khefif has been spotted back in Mohr’s weight room.

The Cologne Centurions have recently been dealing with a number of injury setbacks, including import players on the defensive side of the ball. As one of the weakest defenses in the league, reinforcements should always be welcome. Although they are already de facto eliminated from the race for the playoffs, the Cologne team is far from declaring the season over. Certainly, they would like to give one or the other another a leg up and this is where Khefif could help. In Cologne’s 4-3 defense, which often plays with subpackages, the Frenchman can also play outside linebacker. Should Marius Kensy be fit again soon, the position of middle linebacker would certainly already be taken.

Khefif would certainly not turn down a call from Vienna. However, the undefeated team is currently considered an unlikely option for the Frenchman, even if he would be a very good fit. After all, an import spot on defense would be free, as defensive end Dominic Siegel suffered a serious knee injury against the Barcelona Dragons. However, the question is whether the Viennese franchise would be better off with a positional replacement. The linebacker unit does not include many athletes, but it is already strong. Still, Khefif could fit well into the system and keep the competition high. Anyway, the Vikings are known for their rotations at some position groups, so why not at linebacker?

Equally unlikely is a commitment to the Istanbul Rams. The Turkish franchise has since parted ways with most of its original import players and finds itself in last place in the Southern Conference with zero wins and a point differential of 70:283. Khefif, however, would certainly be welcomed warmly.

Of course, it is also possible that we will not see Khefif in the European League of Football again this season. For him, the year would then join a series of other lost years, as he has already missed several good opportunities in his career due to injury.

French linebacker Rayan Khefif was born at April 27th, 1997 (6′ 2″ 240 lbs). When he attended CM2 in elementary school, he discovered American football for himself and started playing the sport in Flash de La Courneuve’s flag football team. Due to flat foot surgery during troisième (~ 14 years old), football was not possible for an extended period of time, but he battled his way back onto the field.

Khefif, who attended Lycée Jean-Baptiste de la Salle, was called up to the French junior national team in 2014. He appeared in all four games at the IFAF U19 World Championship, making four tackles and finishing sixth with France. In the summer of 2016, he had planned to continue his career at Laval University in Quebec, but a ruptured Achilles tendon prevented his recruitment.

During the lengthy rehabilitation period, Khefif became involved as an assistant coach with Flash de La Courneuve’s junior team. He not only returned to the field for the 2017 season, but also made his debut with the men’s team. As a rookie, Khefif immediately developed into a starting middle linebacker as well as a top performer for his team. After 102 tackles in twelve games, he was named the league’s top French tackler, helping to win the French championship title.

Although he also won the Casque de Diamant with Flash in 2018, he tore his ACL in the championship game. Once again, this injury prevented him from making the jump to North America, as this time he had several offers from US colleges on the table beforehand. He was eventually recruited by New Mexico Military Institute after all, but played only a subordinate role in the 2019 season for the Broncos.

Khefif, whose brother Zakari also plays football, attended the 2020 CFL Global Combine in Paris. In the spring of 2021, he was signed by the Seamen Milano out of the Italian First Division. However, due to a serious meniscus injury, the French international was unable to play a game for the Italian team. 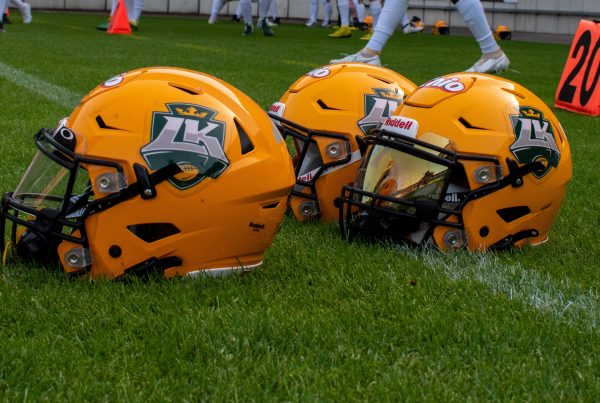 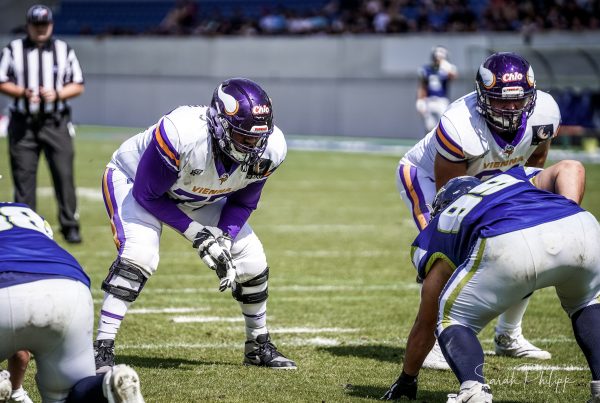 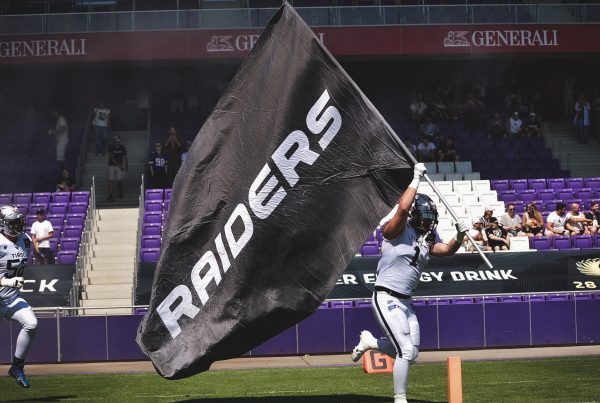